News of the Week

Survey of medical cannabis patients shows drop in opioid use

An article published recently in the Substance Use and Misuse journal, which analyzed self-reported responses from more than 2,000 patients enrolled in Florida’s medical cannabis program, found that more than three-quarters said they eliminated or significantly reduced their opioid use after beginning cannabis treatment.

“Medical Cannabis Patients Report Improvements in Health Functioning and Reductions in Opiate Use” was co-authored by Heather Flynn, professor and chair of the Department of Behavioral Science and Social Medicine at the Florida State University College of Medicine. 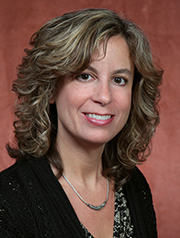 The survey was conducted when medical cannabis was relatively new to Florida, Flynn said. The Compassionate Medical Cannabis Act of 2014 took effect Jan. 1, 2015.  Data for this study was collected anonymously between August and October 2018. Respondents were recruited through Trulieve dispensaries and self-selected to participate; they were asked to answer retrospectively, based on their experience within that first year of access to prescription medical cannabis.  Participants who gave consent for their data to be analyzed – all but 26 of the 2,209 participants – received a $5 credit card toward purchase of cannabis dispensary products.

“My co-authors were part of a research group called Emerald Coast Research, and they had an idea for a survey of new cannabis cases,” Flynn said. “I thought it was an important thing to study. It would also be very timely, given the opioid crisis, to include some items in the survey on their use of opioids and other prescription medications.”

She expected the self-reporting of reduced opioid use to be high, but she was surprised that it was 79%.

“It’s important to note the limitations of the findings, because this was a cross-sectional survey and people self-reported their patterns of use over time, since medical cannabis was initiated,” Flynn said. “They are telling us they had used opioids before and now they’re not using opioids, as a result of cannabis. This adds intriguing data to the idea that medical cannabis use could play a role in reducing opioid use.”

Flynn said an important next step is to do a more in-depth and longitudinal study of patterns of use, as well as attitudes and beliefs about cannabis as an alternative for pain management.

“We need to find out how the rates of opioid use are truly changing,” she said, “and to dig in a little more to some of the effects on the person’s overall medical and functioning outcomes.”

Flynn’s co-authors were Yuxia Wang of the FSU College of Medicine and Carolyn E. Pritchett and James E. Polston of Emerald Coast Research. Pritchett, who served as primary investigator, was on the faculty of the University of West Florida at the time. Flynn said t is important to note that that the project had a Data Use Agreement in place which specified that all study procedures, data analyses, interpretation of the results and manuscript preparation was done without influence or input from Trulieve.  Trulieve was provided with updates and a summary of results after study completion.