White Coat Ceremony welcomes Class of 2025 to the medical profession 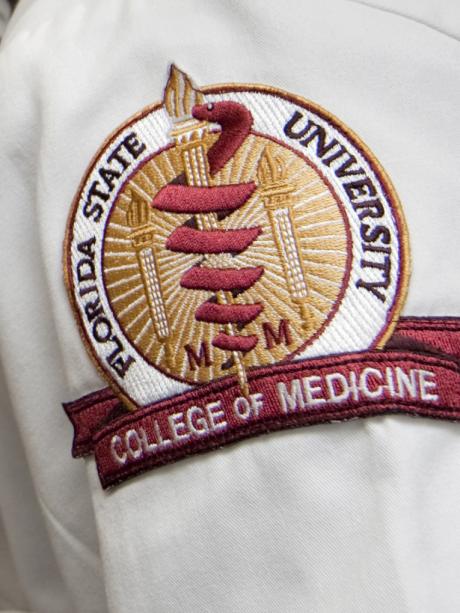 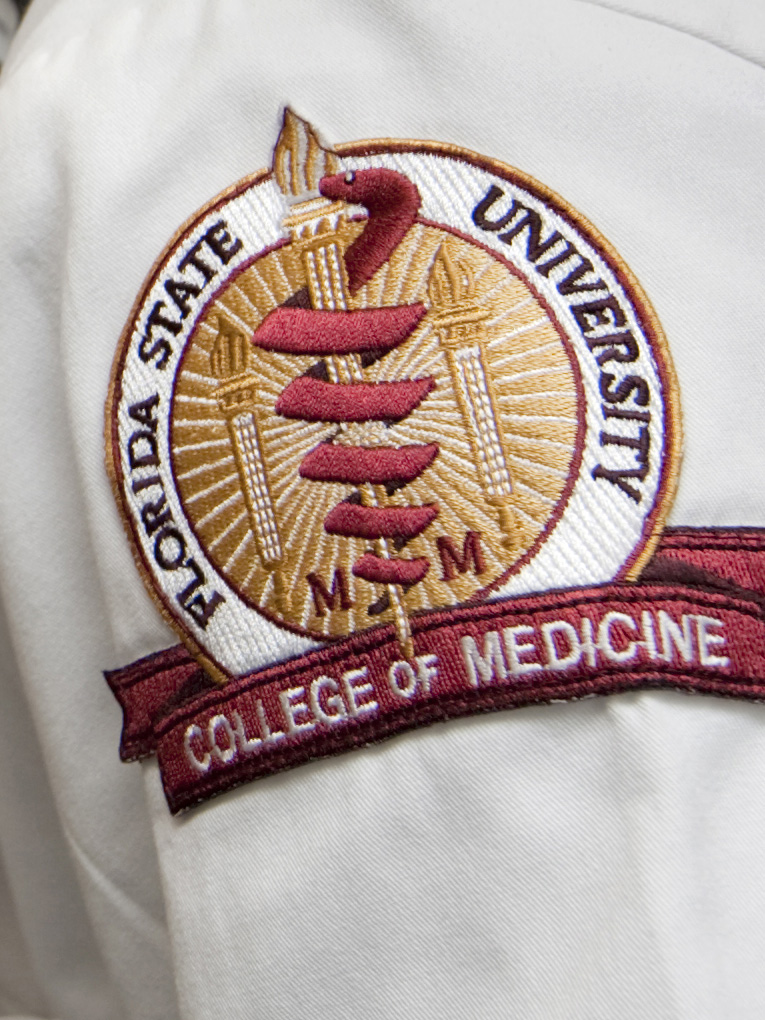 The Florida State College of Medicine hosted its 21st White Coat Ceremony  – a tradition welcoming students to the profession and emphasizing humanism in health care - on Aug. 6 at the Ruby Diamond Concert Hall

The ritual was established in 1993 by the Gold Foundation to emphasize compassion, teamwork and scientifically excellent care in medicine.

Now that they have survived their first semester of medical school, it’s a good time to get to know the Class of ’25.

From the 8,200 students who applied, this 120-member class’ diversity directly reflects the college’s commitment to its mission:
•    16% Black (19 students);
•    16% Spanish, Hispanic or Latino (19);
•    36% (30) are considered to be underrepresented minorities – from racial and ethnic populations underrepresented in the medical profession relative to their numbers in the general population;
•    55% (66) are women, continuing the national trend of more women becoming physicians.

Forty members of the class – a full one-third - are from counties in the Florida Panhandle, including seven of those designated as rural. That’s a direct reflection on the effort to attract students more likely to one day serve Panhandle communities in need of more physicians.

And while native Floridians make up the vast majority of the class, including 11 who consider Tallahassee their hometown, seven were born abroad. Their journeys to the United States – and the College of Medicine - began in Brazil, Colombia, Haiti, India, Panama, Syria and Thailand.

More than a hundred earned undergraduate degrees in Florida:
•    FSU undergrads hold a 39-35 edge over their contemporaries from the University of Florida;
•    The balance of in-state undergrad degree holders are from the universities of West Florida (6), South Florida (5), Florida A&M (4), Central Florida (3), Florida Gulf Coast, Florida International and Stetson (2 each).  In addition, there are graduates from Florida Atlantic, Florida Southern, North Florida and Pensacola Christian College;
•    Additionally, 23 members of the class completed postgraduate studies in-state, including 13 who graduated from FSU’s Bridge to Clinical Medicine master’s program in the spring. Out-of-state postgraduates completed their work at Brown, Duke, Emory, Georgetown, Johns Hopkins, Saint Louis and Tufts;
•    The out-of-state institutions represented among the undergraduates in the class include Auburn, Bates College, Baylor, BYU, Duke, Davidson College, Emory, Georgia Tech, Memphis, South Carolina, Truman State, Tulane, Villanova, and University of Western Ontario;
•    While pre-medicine academic tracks are the norm, there is diversity in the educational backgrounds of the class. Theater arts/cinema, religious studies, political science, economics, marketing, criminology, philosophy, sociology, psychology, business administration, and math are among the less conventional degree paths to the College of Medicine;
•    Medical educational experiences outside the classroom took members of the class around the globe, from Asia, Africa and Europe to Central America, South America and the Caribbean.

Each member of the Class of 2025 has a unique story when it comes to what inspired their pursuit of becoming an M.D., though there are some common threads. Many come from families who practice in the medical field; some that span generations. Still others have been moved by illness, either within their families, or in some cases, their own. Many were inspired by the compassionate care of physicians they witnessed first-hand. Some found the call to service through other means:
•    An accomplished equestrian found the art of medicine and healing intriguing through hippotherapy;
•    An aspiring concert pianist was drawn in by the joy she brought playing for the elderly in a nursing facility;
•    A special agent in the Air Force, with oversight of death investigations, found his calling after viewing an autopsy as he sought help bringing closure to the family of the fallen;
•    One student’s dream of enriching others as an actress was upstaged when she discovered the fulfilling possibilities of a medical career in her freshman biology class;
•    Similarly, while studying the human condition as an aspiring actor, another embraced the profound effect empathy can have when connecting with people.

Diversity aside, the class collectively shares one quality – a commitment of service to others.

One student eloquently captured the essence of the College of Medicine’s mission when describing how she was led to medicine after developing “the heart of a social worker, the stamina of an athlete, the ear of a therapist, and the mind of a scholar” through her life experiences.

Hear what members of the M.D. Class of 2025 have to say about the significance of the White Coat Ceremony.

View more videos about the College of Medicine