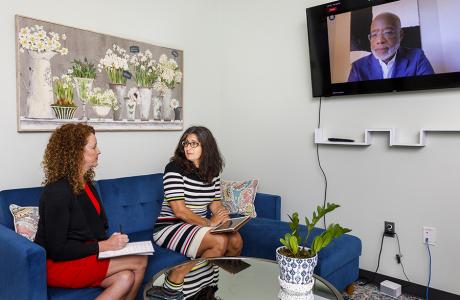 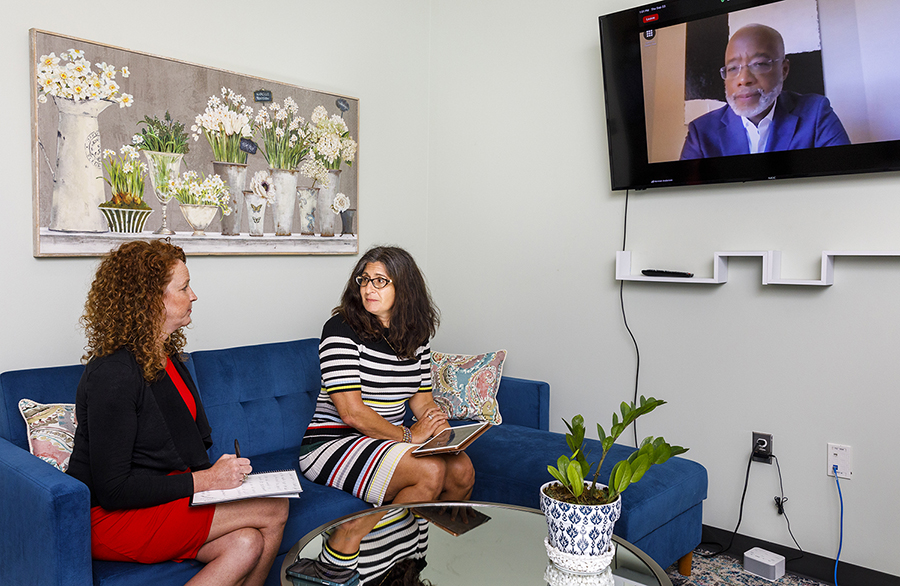 The award is the first of its kind to be administered by the National Institute of Minority Health and Health Disparities, part of the NIH.

“We are very pleased to receive this transformative research grant,” said FSU President Richard McCullough. “The NIH is putting considerable resources behind this extraordinary FSU research team to address a critical societal problem. This is a great example of what can happen when interdisciplinary researchers coalesce around a common goal.”

“The science put forward by this cohort is exceptionally novel and creative and is sure to push at the boundaries of what is known,” said NIH Director Francis S. Collins. “These visionary investigators come from a wide breadth of career stages and show that groundbreaking science can happen at any career level given the right opportunity.”

With this interdisciplinary award to FSU, led by the College of Medicine, the NIH signals they are moving in a new direction, providing funding specifically to investigate behavioral and social issues leading to racial inequities in the health-care system.

The NIH announced its High Risk-High Reward grants Tuesday with most of the 106 grants supporting biomedical – rather than behavioral – research.

“With everything that’s been going on in the world, it’s a recognition of the effects of racism on health and mortality, which is an affront to the social structure of our society,” Naar said. “Being awarded a grant to transform health equity research by addressing racism was just overwhelming to me from the standpoint of recognizing we are taking meaningful steps as a society to actually do something about it.”

The FSU proposal is one of the first NIH-funded research projects using an established model of translational and behavioral social science – traditionally utilized to change patient behavior – to address racism in health care.

The project maps out the impact of racism in primary care that leads to significant health disparities in prevalence, diagnosis and treatment of associated physical and mental health conditions and the resulting poor outcomes. The goal is to develop new organizational- and policy-level interventions meant to reduce and ultimately eliminate race-related health disparities and move away from focusing on intervention with individual health-care providers.

“The scientific literature has clearly established the existence of racial bias within the health-care system, so much so that it has recently been declared a public health emergency,” said Anderson, a member of the National Academy of Medicine. “Yet, there are few if any successful approaches to addressing this bias. Our project will be among the first to design, from the ground up, interventions that might reduce racial bias in health care, especially at the system level.”

The team will collaborate directly with patients, community members, health administrators, health-care providers and experts in the field to identify innovations and increase the likelihood of existing health systems and community partners adopting new evidence-based practices that could change the way care is delivered.

“The benefits and outcomes of this unique approach to developing antiracism innovations extend beyond traditional health-care settings,” Pettus said. “We can apply this model throughout our nation’s other critical systems of care, including the educational, criminal justice and mental health systems.”

Their approach allows them the time to truly understand areas of bias within the health system from a wide variety of perspectives, Anderson added.

“Using this qualitative information, coupled with sophisticated quantitative approaches, we can find leverage points within the systems where anti-racism interventions might be effective,” he said. “We also have the opportunity to determine exactly which interventions might work best.”

Patients will be recruited with collaboration from the Florida Department of Health and through some of Florida’s more than 3,000 patient-centered medical homes, many of which are affiliates of the FSU College of Medicine and its primary care network, stretching from the Panhandle to South Florida.

“We’ll be looking not just for currently active patients; for example, we are going to really want patients that maybe showed up once and then didn’t show up again, so that’s part of the challenge,” Naar said. “But that’s what we do (at the Center for Translational Behavioral Science) — we aim to improve health outcomes among people who are marginalized and don’t really show up for care.

“We’re going to build off FSU’s history of community engagement and leverage that. I think that with the medical school and the university’s mission, this grant really puts us at the forefront of health disparities research.”