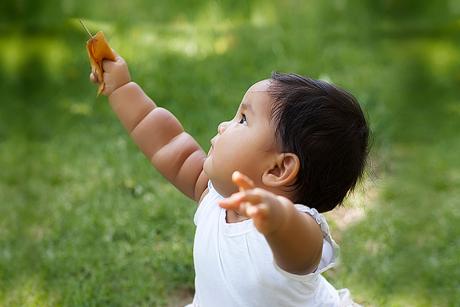 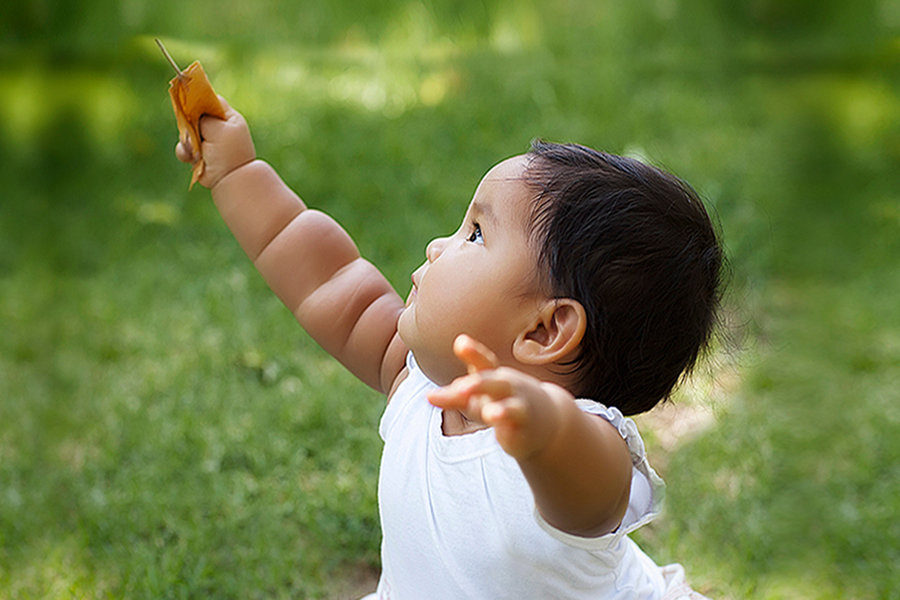 Your baby delights you but he’s causing you concern. Why is it so hard to get him to look at you? Why doesn’t he gesture as much as other babies you know?

Your relatives say you worry too much. They blame your parenting for the child’s frequent tantrums. Still, you wonder: “Could my baby have autism? And why isn’t there an easier way to find out?”

Amy Wetherby, one of the country’s pioneers in Autism Spectrum Disorder research, regularly hears those questions, and she has been working for decades to provide reliable, user-friendly tools for parents. This week, she and her team at the Florida State University College of Medicine’s Autism Institute are unveiling their latest breakthrough: Baby Navigator. Early diagnosis and intervention are critical to help children with autism reach their potential. Parents can start interventions right away at home to support the growth of their child’s social communication skills.

“This is a culmination of our research,” said Wetherby, Distinguished Research Professor and director of the institute. “Now what we really want to do is disseminate what we’ve learned.

Hardly anyone — often not even the family pediatrician — wants to be the one to raise the possibility of a child’s developmental delay or disorder. Parents need to know the signs.

“It’s been more than a decade since the American Academy of Pediatrics recommended screening all children for autism at 18 and 24 months,” Wetherby said. “But the reality is very few doctors do that. And the screening tool that’s widely used is not very accurate at younger ages.”

Baby Navigator reflects the National Institutes of Health-funded research that Wetherby’s team has done on early detection of autism. It also incorporates the online courses and tools developed with funding from the Florida Legislature. And thanks to an anonymous donor, much of that information is becoming available on various PBS stations. Parents can access photo illustrations, video clips and a screening tool for children 9-18 months of age, and register for parenting classes, all online for free.

Wetherby’s favorite part of Baby Navigator is the new Autism Navigator Lookbook — 16 Early Signs of Autism by 16 Months. It’s loaded with photos so everyone can see what to look for in toddlers.

“We’re trying to lead the nation,” she said. “We have new milestones we want to teach everybody that are much more precise. They’re about social communication growth. We have pictures. We have videos. We’ve taken our growth charts down to 6 months.

“Way before they’re learning to read, they’re learning to communicate. That’s the foundation. Our goal is for most or all children with autism to have enough skills to thrive in general education kindergarten. It’s cost-saving and is the best learning environment. From there, they have a much better chance of graduating from high school and getting a job or going to college.”

The research at the FSU Autism Institute is reaching families, doctors and medical students across Florida and beyond. Laura Iyampillai in West Palm Beach has seen Wetherby’s tools work miracles.

Early on, she noticed that her daughter didn’t communicate like other babies. In addition, she could barely take her out of the house without a meltdown. Onlookers blamed her parenting skills. Even though her pediatrician listened to her and referred her very early for intervention, the intervention system was not prepared. The interventionist ignored all of Iyampillai’s observations and said day care and $100-an-hour consultants would solve the problems.

But her speech-language-pathologist friend had heard of Wetherby. Finally, in desperation, Iyampillai sent Wetherby an emotional email, just in time to screen her daughter by 18 months and be in their research.

“They started the intervention right away,” she said. “It was amazing.”

That was three years ago. Now her daughter is 4½.

It was all done with long-distance video coaching. The Autism Institute experts would watch the parents interact with their child. In effect, they trained the parents to be the interventionists.

Third-year College of Medicine student Evan Schrader worked on research at the FSU Autism Institute and is helping to spread the word in the Orlando area. He led a research project with the patients of one of his faculty members, Alix Casler, chair of the pediatrics department in the Orlando Health hospital system. The Autism Institute’s new screening tool is performing so much better than the previous tool used by Casler and two partners that they are now using it exclusively — and “our goal is to have her whole group use it by the time I graduate in 2020,” Schrader said. According to his research project, the average age of detection with the new screener was 1.6 years — roughly twice as early as the 3.1 years with the previous tool.

If autism can be caught early, Wetherby said, the outcomes can be promising.

“If we can prevent the challenging behavior so they can learn to communicate and talk and thrive in school, and still have autism, that’s a good outcome,” she said. “The cost for one child with autism can range from $1 million to $2.4 million over a lifetime. And a lot of that is adult care that we can prevent. I want kids with autism to grow up and be employed.”

Though Wetherby is soft-spoken, her voice rises impatiently when she considers the unnecessary toll that autism is taking on our children.

“Think about any other condition, like childhood leukemia,” she said. “Imagine if I said to you, ‘Average age of diagnosis is 4 years, but we know how to detect it by 1½.’ That would be alarming. Why is it not alarming that we’re not picking up autism earlier? By teaching children to communicate earlier, you can prevent a lot of the consequences and promote brain development.”