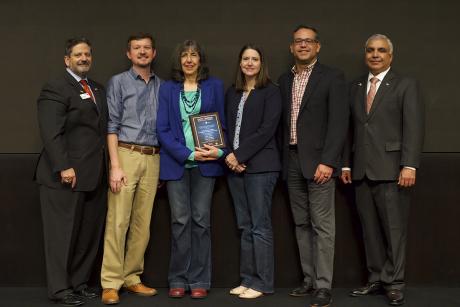 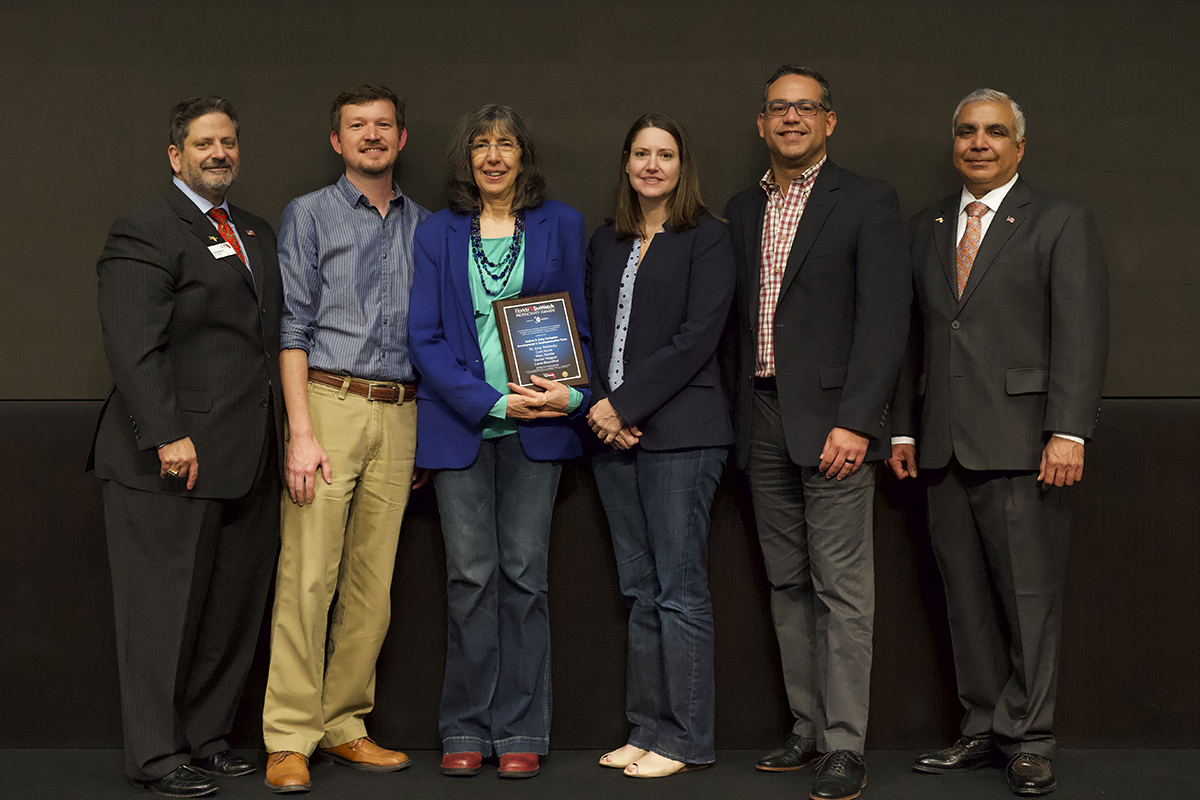 Amy Wetherby, the Distinguished Research Professor best-known for groundbreaking work on early detection of autism, received recognition of a different kind in September. She and her Autism Institute team took home a Florida TaxWatch Productivity Award.

In fact, nine of those awards went to FSU this year.

“We greatly appreciated being recognized,” Wetherby, the Autism Institute’s director, said after the Sept. 11 ceremony at the Turnbull Center.

She and her colleagues routinely point to the potential economic benefits of their work. If they can screen every child by 18 months, Wetherby says, they can catch 80 to 90 percent of the autism cases. Quick and effective follow-up can save kids from the intellectual damage that undetected autism can do – and can save the state millions of dollars that it otherwise would pay for the care of autistic adults who couldn’t become contributing taxpayers.

The TaxWatch Productivity Awards recognize and reward state employees and workgroups who find ways to improve services, increase efficiencies and save Florida taxpayers millions of dollars each year.

Asked on the Productivity Awards entry form to describe what it had achieved as a direct result of those programs, the Autism Institute replied, in part:

Asked to provide a cost savings estimate for the past year, the Autism Institute replied:

Asked whether their programs were scalable and could be used by other departments or agencies, the team replied:

This year’s Florida TaxWatch Productivity Awards program received hundreds of nominations, and TaxWatch presented nearly 200 awards to approximately 550 employees and 17 large teams from 25 agencies for their achievements and efforts. Florida TaxWatch is an independent, nonpartisan, nonprofit government watchdog and taxpayer research institute. Its research recommends productivity enhancements and explains the statewide impact of fiscal and economic policies and practices on citizens and businesses. Florida TaxWatch is supported by voluntary, tax-deductible donations and private grants, and does not accept government funding.

The four people in the center of the photo are Autism Institute honorees. From left: Marc Nottke, Amy Wetherby, Cara North and Hector Holguin. (Laura Rosenthal is not pictured.) At the far left is Dominic Calabro, Florida TaxWatch president and CEO; at the far right is Piyush Patel, president and CEO of Kyra Solutions, a sponsor of the awards program.