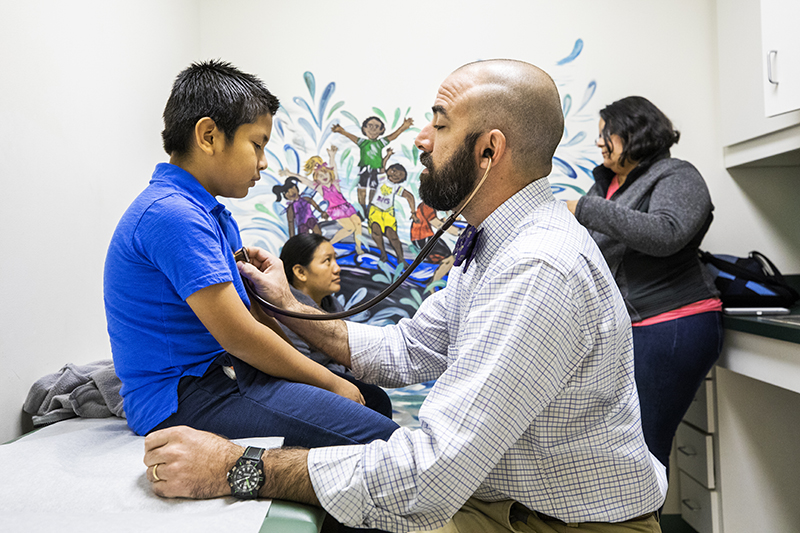 Buck (M.D., ’10) lives more than 100 miles from the Gulf Coast. Yet he, too, had to rely on his medical training – and his chainsaw skills – when Hurricane Michael blew into Georgia.

While Bainbridge hasn’t had it as bad as some of the coastal cities, it’s certainly the worst storm we’ve had here. We had Category 3 winds. Decatur County was 98 percent without power for over 48 hours after the storm. Memorial Hospital & Manor went without power for about 27 hours. While the backup power ran the lights and medical equipment, the lack of AC in a 50-year-old building made it miserable for patients and staff alike.

It’s the first time I’ve ever needed four-wheel drive and a chainsaw to get to the hospital to make rounds (Thursday morning after the storm). Just cutting my way out of my neighborhood took about an hour.

I was on call from 7 a.m. after the storm until the following Monday. I spent a lot of time dealing with people over phone, internet and social media, with medical questions that were a lot of guesswork because they couldn’t leave their homes. There’s not really much training for phone diagnosis, but in this case there was no other option.

I spent a lot more time being a neighbor and a member of the community than a physician during those days. I grew up in construction, and it turned out that skill with a chainsaw, a tow strap, a truck and a tarp were more valuable to my community than anything I learned in medical school.

It does raise some eyebrows when you show up to make nursery rounds in old jeans, boots, a sleeveless shirt and not having bathed in two days. But given the circumstances, the parents of my pediatric patients were more than gracious.

The most inspiring thing I learned was that my decision to practice medicine in a small town was a great one, especially in hard times. Although a doctor is a prominent member of the community on any other day, the week after Michael I was a neighbor just like everyone else – and proud to be that.