Josephine Jorge: Connecting with the Students

Reprinted from the College of Medicine’s 2011 annual report 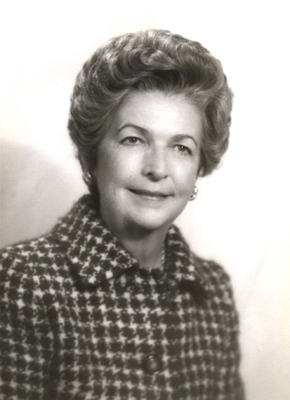 Florida State University has benefited from the generosity of Josephine “Fifi” Jorge since 1985. She and her husband, Severiano, had moved from Cuba and prospered in Florida through opportunity and hard work. Their niece, Anne Lynch, had gone to Florida State and in 1967 became the family’s first college graduate. So in gratitude, the Jorges set up an FSU Presidential Scholarship named for Severiano’s grandfather. Josephine even wrote letters to the scholarship recipients.

When Severiano died, Josephine decided to use half of the earnings from the Presidential Scholarship to create scholarships for the newly created College of Medicine, whose people and mission had impressed her greatly. Her grandson Allan Jorge had become a neurosurgeon at a different school, and this was her way of simultaneously celebrating his accomplishment and demonstrating her support for Florida State.

Upon her death in 2010 in Coral Gables, her estate evenly divided $3.6 million between the Presidential Scholarship and the medical school’s Allan Jorge Endowment. Although she is gone, the connection between the scholarship students and the Jorge family continues. Josephine’s grandniece Valerie Kelly, an attorney in Washington, D.C., visited the campus in December 2011, keeping a promise to Josephine that she would maintain the relationship with Florida State.

“One thing that Fifi always said to me was what a wonderful job everyone at FSU did,” she said. “It was always about applauding the good work that the College of Medicine was doing. Now that’s what my role is.”