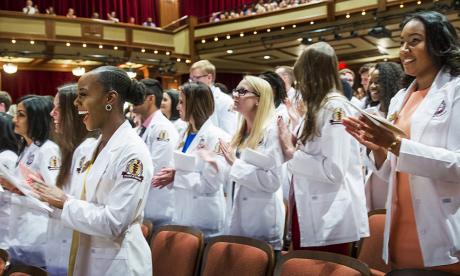 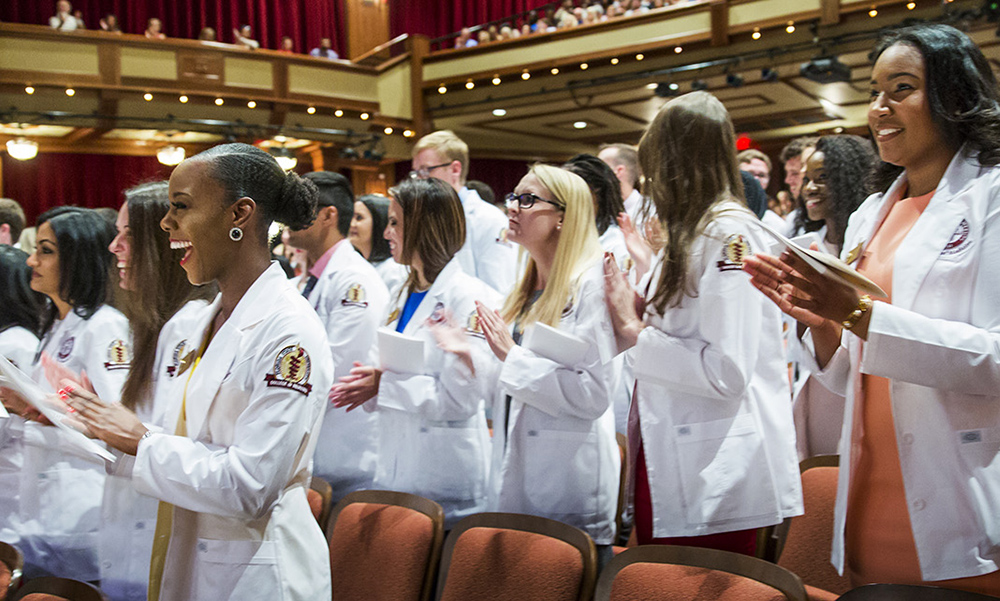 With the coronavirus pandemic continuing to alter routines around the world, including the way medical students learn to become our future physicians, it didn’t stop the Class of 2021 from completing a successful fourth year. Nor did it diminish individual – and team – accomplishments. In some ways, the challenges spurred creativity and motivated students to go above and beyond in living the College of Medicine’s mission.

Individual and class performance are highlighted in the tradition of year-end awards for the graduating M.D. class.

A total of 43 students finished with at least one honor inscribed beside their names in the Class of 2021 archives (in reality, 120 – see below). Those honors include College of Medicine awards, specialty awards, regional campus awards and honor society inductions for Gold Humanism and Alpha Omega Alpha (which were previously announced).

While there were numerous graduating students who won multiple awards, the most unique and memorable award-winning performance wasn’t by an individual.  The College of Medicine awards selection committee this year is presenting the ‘Individual Achievement Award’ to the entire Class of 2021.

“This class spent most of the last two years doing their clinical education at our regional campuses during a worldwide pandemic. They showed remarkable resilience and desire to learn and help wherever they could,” said College of Medicine Dean John P. Fogarty.  “This award really is a recognition of what a special class this is. We will not forget them.”

Though there was no auditorium ceremony for student awards presentation due to continuing efforts to minimize the spread of the virus, the honorees’ names will be included in the graduation program and on plaques positioned around the College of Medicine.

“As was the case last year, these awards carry an even bigger badge of honor than usual,” Fogarty said. “The students, along with our faculty and staff, found ways to push on – in many cases reinventing the traditions associated with graduation. I could not be prouder of what this class has accomplished.”

The M.D. Class of 2021 graduation ceremony is set for May 16 at the Tucker Center.

Below is the list of Class of 2021 honorees. For now, the names of students selected to receive regional campus dean’s awards are being omitted. Those winners will be announced at regional campus graduation dinners that begin Thursday and continue through Monday.  Once those winners are announced, their names will be added to this story:

REGIONAL CAMPUS DEANS’ AWARDS
(A tough choice for the campus deans: Who was the outstanding student at their campus?)