For one PA student, the road to commencement was long 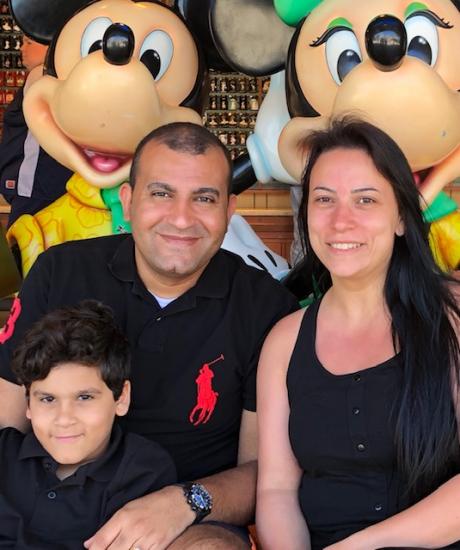 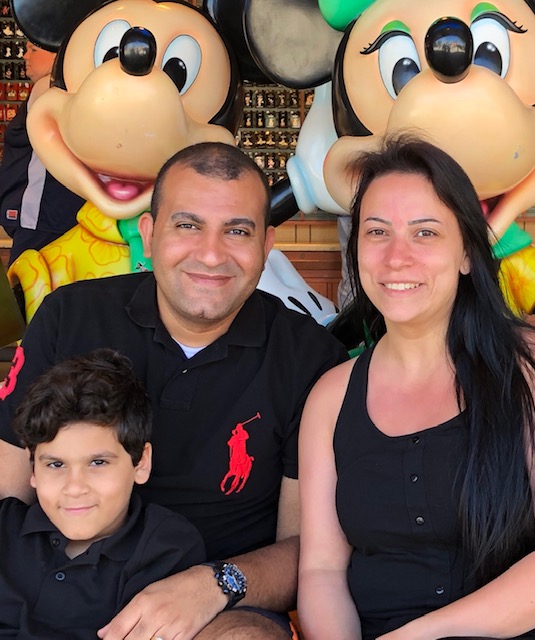 Fifteen years and nearly 7,000 miles separate Tamer Tadros from the joy of a medical school graduation that was supposed to launch a long and prosperous career as a physician. On Saturday in Tallahassee he graduated once more, marking an earnest rebirth for his career in medicine.

Tadros, 38, is one of the 37 members of the inaugural class in the Florida State University School of Physician Assistant Practice.

“One reason we started this program was that, without it, I didn’t think we could produce the workforce that the country really needed for primary care,” said College of Medicine Dean John P. Fogarty. “When we look at our mission statement to produce doctors that will serve their communities, particularly rural, underserved, underrepresented and aging, I describe that as producing the doctors Florida needs the most – and the PA program was perfectly designed to do that, too.”

Some say Tadros is the smartest member of the first PA class. No question he has the most medical knowledge.

After all, Tadros completed his medical degree in 2004 at Cairo University Faculty of Medicine in Egypt. He followed with an internship and began practicing general medicine with an emphasis on pediatrics.

He was happy to be doing what he’d spent most of his life preparing for.

Everything changed in 2011 at the outset of the Arab Spring.

Tadros, now a U.S. citizen, says simply that his family came to America “for a better life.” But for him, that meant life would get worse in many ways.

Instead of living his childhood dream of taking care of patients, he found himself working 50-55 hours a week doing odd jobs in Panama City, Florida. He made sandwiches at a Subway restaurant. He delivered pizzas for Dominos. He worked in a Chevron gas station.

The best, and perhaps only, way for most foreign physicians to enter a U.S. residency program is to take the United States Medical Licensing Exam – Steps 1, 2 and 3.   American medical students typically take Step 1 during their second year of medical school, Step 2 during their fourth year and Step 3 at the end of their first year of residency training.

Tadros – married, with a young son, and responsible for his parents, who spoke no English and lived in the same apartment in Panama City – aced Step 2. But he had yet to take Step 1, which centers on the heavy biomedical science material he learned in the 1990s.  It’s material that is easily forgotten once a course is completed.

Should he invest the time, energy and expense of preparing for Step 1 while also working difficult hours and caring for his family? Knowing that even a good score was no guarantee of getting into a residency program?

It’s a dilemma many foreign-born physicians face in America.

“I really think there’s a lot of talent and knowledge that’s being wasted,” said Farah Soliman, a physician with the Southern Medical Group in Tallahassee who teaches FSU M.D. and PA students.  Soliman graduated from the same medical school in Cairo and was a classmate of Tadros’ older brother, Basim, who’s also a Southern Medical physician and teaches FSU students.

“There are a lot of doctors who go into fields that are not related to medicine, even while there are shortages of physicians in many parts of this country,” Soliman said. “The exam holds many of them back.”

By then, Tadros felt that he had a second home in Tallahassee because his family regularly attended St. Mary & St. George Coptic Orthodox Church.

“I liked it here and my family did as well,” he said. “I prefer a small town and not the craziness of a big city. Tallahassee was a warm and friendly place.”

He discovered online that the PA degree could provide a new path to practicing medicine. Tadros created charts of every PA program in Florida with a list of all the required courses for admission. He recognized most as the science-heavy courses he had aced in Egypt nearly two decades earlier.

His transcript already was sufficient to meet those requirements, but he didn’t want to leave anything to chance.

“I knew it was competitive,” he said. “I was afraid they might look and say, ‘Oh, he took these courses 20 years ago,’ and not take my application seriously.”

So Tadros enrolled as a non-degree-seeking student at Gulf Coast State College in Panama City. Over a 2½-year period he retook all the same courses already on his transcript, making straight A’s, while also working up to 55 hours a week and caring for his family – just to ensure his application to PA school would not be ignored.

“It was a challenge,” Tadros said. “And it was not easy financially because as a non-degree student I could not get any financial aid and I had to pay for every course at the time I registered, a few thousand dollars each time.”

The wait had one good consequence: By the time Tadros was ready to start applying, he learned that Florida State had created a new PA program.

“I was very, very happy about that,” he said. “I did not want to move my family to a big and new city. We liked Tallahassee and already had many good friends here.”

Tadros applied, then called the admissions office to describe his background and make a sincere request that his application get a good look.  Soon, he was invited to attend an interview day.

Two weeks later, he learned he had been accepted into the new FSU PA program.

“We are loud and excitable people,” Tadros said, grinning at the memory. “It was a big celebration. My father threw his hands in the air. We yelled and danced around – we were so, so happy.”

Tadros would make his classmates and instructors happy as well.

“Tamer is a very humble guy. He will never tell anyone he was a physician,” said classmate Felix Alvelo. “But every Wednesday during clinical rotations when Tamer and the pediatrician got into a discussion, the M.D. and PA students would be looking at each other like, ‘What is going on here?’ He was so far ahead of everyone else.”

“People could tell there was something about Tamer,” Morgan said. “He had a calm about him. He knew what he was doing. Everyone else at that point in anatomy tends to freak out because it’s a lot of material. Tamer was a silent leader and then people realize, ‘He’s got some skill.’”

George Salama, a student in the PA Class of 2020, followed a similar path. He was Tadros' classmate at  Cairo University Faculty of Medicine and was practicing as a surgeon in Egypt prior to immigrating to America.

Above all else, Tadros made an impression with his humility and grace. There’s no trace of bitterness over the rocky road he traveled on the way to his PA commencement ceremony.

"There were times when I wasn't sure my plan would work," he said. "I wasn't sure at first. I was thinking of giving up on being a doctor, but it worked and I am very excited to be here.

"I feel like this is where I was meant to be.”

Photo (above): Tadros with his wife, Violette Labbad, and son, Daniel Tadros. 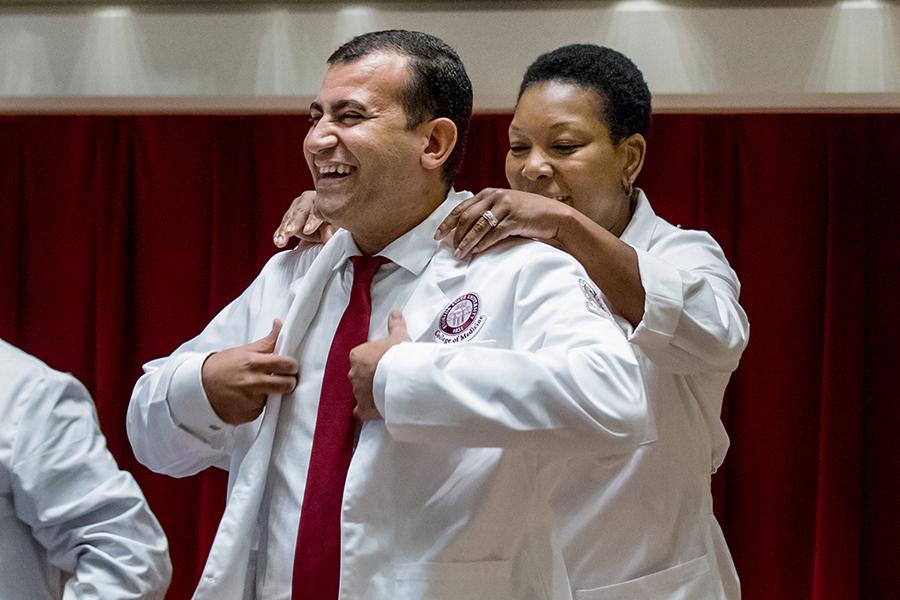 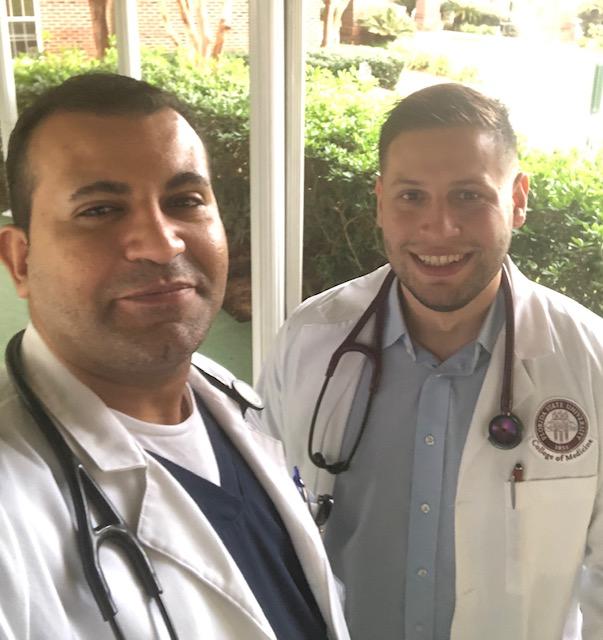 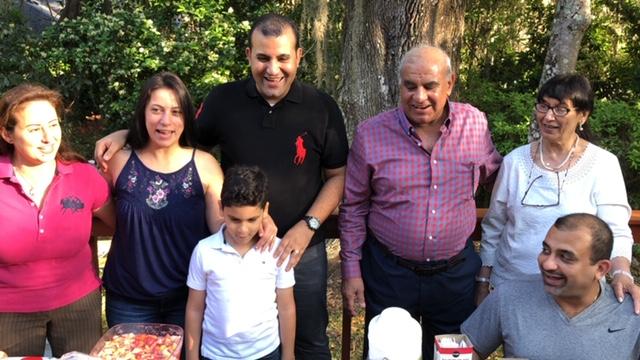 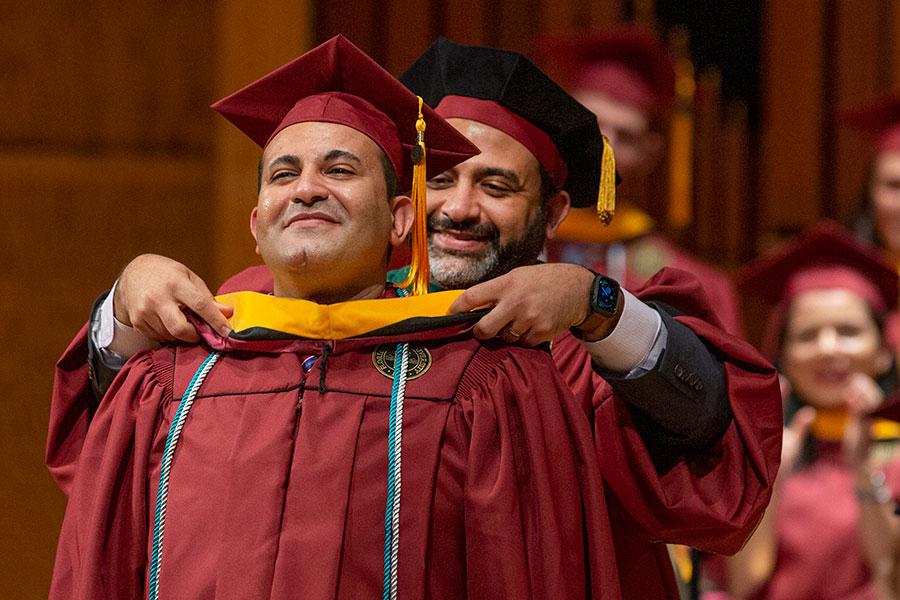 Tadros was hooded during the graduation ceremony by his older brother, Tallahassee physician Basim Tadros
Top