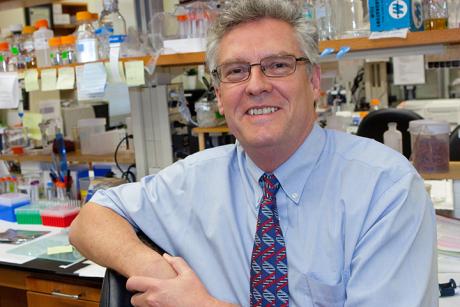 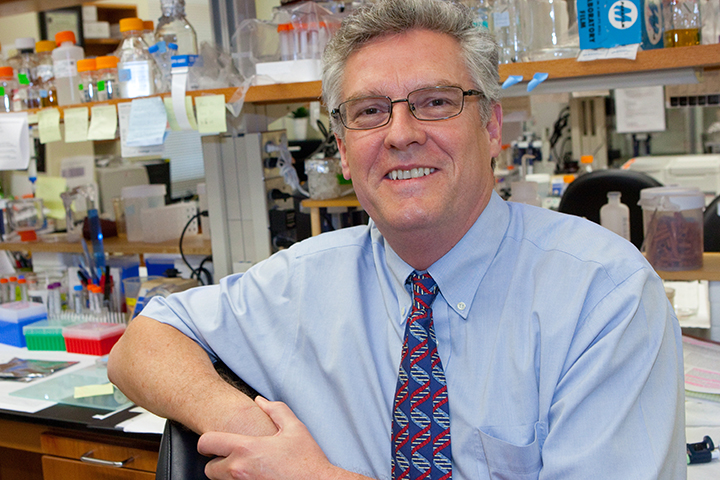 Now, with the significant help of the National Institutes of Health and $5.2 million from five investment firms, he is closer to providing relief for an incurable eye condition called Fuchs’ dystrophy. This disorder causes swelling in the cornea that can lead to cloudy vision and general discomfort.

“Four to 6 percent of people over the age of 40 or 50 will get this,” said Blaber, co-founder of the biopharmaceutical company Trefoil Therapeutics. “It will progress in many cases to requiring corneal transplant. This would provide a new treatment for them.”
But in the world of commercialization, a good idea in a good lab can progress only so far without outside financial support.

Blaber’s technology, licensed to Trefoil Therapeutics, has reached a milestone by attracting Series A (or Series 1) financing, said Brent Edington, FSU’s director of technology commercialization. This is the first round of financing given to a new business after seed capital has been provided.

“The funding is a significant step for the technology developed by Dr. Blaber,” Edington said, “and for commercialization of FSU College of Medicine technologies in general.”

The official name for what Trefoil Therapeutics is developing is TTHX1114.

Blaber had been working on fibroblast growth factors (FGF-1) that cause more types of cells in the body to divide and grow than any other known growth factor. Scientists have been widely interested in it as a tool for regenerative medicine.

At first, Blaber, using an FGF-1 mutant, thought that this technology could be used to grow new blood vessels for the heart. But because of the expense and risk involved, investors pulled out. Next, he attempted to apply his growth factor mutant to wound healing. It also was unsuccessful in attracting investor funding.

So Blaber shifted his focus to the eye and Fuchs’ dystrophy. Investors were instantly attracted.

“There’s no drug you can give to slow Fuchs’ dystrophy down,” Blaber said. “There is nothing other than transplant, and the transplant is not foolproof either. So anything that you develop for that is new, not available. There is nothing to compete with.”

Trefoil Therapeutics also will receive assistance from the NIH National Center for Advancing Translational Sciences (NCATS) Therapeutics for Rare and Neglected Diseases collaborative research agreement. Applicants to this program are selected through a competitive process from an evaluation of the most promising proposals for these prestigious public-private partnerships.

NCATS researchers will move TTHX1114 forward through the preclinical phase, including development of plans for clinical trials and submission of other Food and Drug Administration requirements.

“The funding from the NIH is huge,” Blaber said. “They’re going to be doing all this testing to submit to the Food and Drug Administration. Fuchs’ dystrophy is a rare disease, and they have special funding for that. It’s considered an ‘orphan drug,’ and it has a protected corner of the market.”

Blaber said he is proud the work has gotten so far. It is the first therapeutic derived from research in the FSU College of Medicine to make it through to venture-based Series A financing.

He’s pleased for another, more important reason: “I’m proud of producing a compound that will potentially help people on a large scale.”