Bridge Program recognized as diverse and inspiring for STEM students 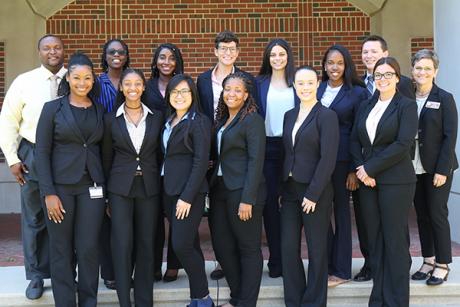 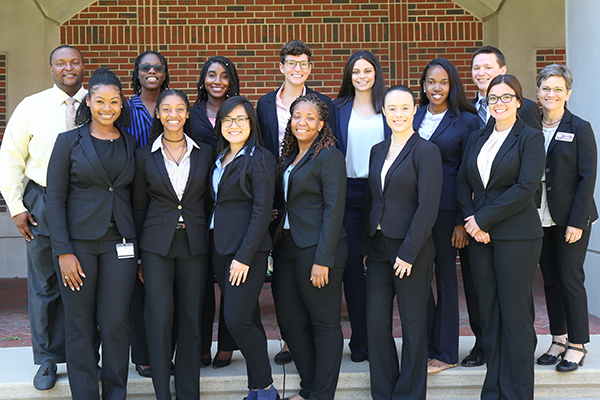 The College of Medicine’s Bridge Program has been honored for demonstrating that the school’s mission statement is more than just words.

Bridge recently received a 2019 Inspiring Programs in STEM Award from INSIGHT Into Diversity magazine. The award goes annually to “programs that encourage and inspire a new generation of young people to consider careers in science, technology, engineering and math.” The college, along with 49 other recipients, will be featured in the September 2019 issue of the magazine.

The College of Medicine’s mission statement underscores “service to elder, rural, minority and underserved populations.” To carry out that mission first requires recognizing that the people most likely to care for minority and disadvantaged populations are actually from those populations, said Bridge Director Anthony Speights.

The next step, he said, is doing everything possible to get those people into the program — and guiding them to fulfilling careers.

Bridge has done that remarkably well while producing 110 graduates so far:

Black students constitute 64% of Bridge participants, and Hispanic students nearly 19%. One-fourth of Bridge students come from rural backgrounds, and half that many come from inner-city neighborhoods.

Based on those numbers, Speights and Assistant Director Elizabeth Foster said they think Bridge has made a significant contribution to diversifying the physician workforce.

The rigorous, one-year master’s curriculum provides education in medical knowledge, community-engaged research and clinical practice. Each class now typically contains about a dozen students. When they graduate from Bridge, they’ve earned a spot as first-year students in the next M.D. class.

What the numbers don’t convey is the nurturing that takes place within Bridge – both from mentors and from fellow students. The program works hard, Speights said, to ensure every student makes it.

“I cannot say enough good things about the Bridge Program,” said Joseph Chen, now a fourth-year medical student at FSU. “It prepared me extremely well for the rigors of medical school.”

Alumna Cashana Betterly, who earned her M.D. in 2016 and is a psychiatry resident at the University of Colorado, offered this assessment before she graduated: “I don’t know how many times a week I’ll mutter to myself, ‘Thank goodness for Bridge.’ I highly recommend it to anyone considering a career in medicine with a strong desire to serve underserved and rural populations.”

“We really look beyond MCAT scores,” Speights said. “What have these people done for their communities? What sort of activities have they done as undergrads? Are they genuinely good people? We do that in general at the College of Medicine so we’re picking good doctors and not just good test-takers. But we do so specifically with Bridge because these people are going to take care of the most vulnerable within our population. We want to make sure they’re good people along with being good clinicians.”

There’s a method to the admissions process.

“It’s all data-driven,” Speights said. “That’s one of the things that Dr. Hurt and Dr. Livingston impressed upon us: Do everything based upon the data that you have.”

Some of their best graduates had underwhelming MCAT scores but were outstanding “mission fits” – that is, they fully embodied the college’s mission but maybe needed coaching on their study habits or test-taking skills. The Bridge year provides that fine-tuning.

“Admission committees are very wary of a student who looks like an academic risk,” Foster said. “But Bridge-profile students are not an academic risk. They have demonstrated their commitment, their academics, over the long haul. After 20 years of data, that argument gets a lot easier to make.”

These students, by and large, become class leaders. They’re often inducted into medical honor societies. Upon graduation, they often become chief residents and go to some of the best residency programs in the country.

“These are students who initially were pretty much written off by everybody,” said Speights – who says he understands these “kids” because he grew up rural, minority and academically lukewarm until he found a mentor. “It’s not as if we have some magic elixir that turns them into wonderful students. It’s just giving them encouragement, believing in them and teaching them how to believe in themselves.”